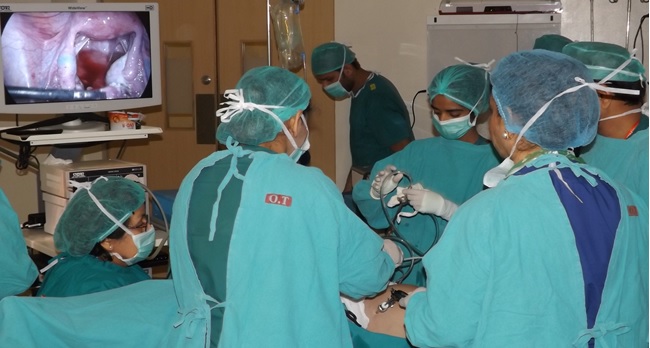 Dr Saadia Virk started her medical career at Aga Khan University. She subsequently trained at St Mary's Hospital, London and at Basingstoke General Hospital, North Hampshire. She is certified by the Europa-Kolleg Hamburg and Les Hopitaux Universitaires de Strasbourg for her laparoscopic skills and has participated in workshops for her subspecialty in laparoscopic surgery in Atlanta and with the American Federation of Obstetrics and Gynaecology. Her specialized training has been in In-Vitro Fertilisation (IVF), oncology, high-risk obstetrics, urogynaecology and laparoscopic surgery.

In addition to her medical practice, Dr Saadia also serves as the CEO and chairperson of the board of directors of South City Hospital. She built a consortium of doctors to buy it from its previous owners in 2005 after the closure of Mideast Medical Centre.

Dr Saadia set up the department of obstetrics and gynaecology at OMI Hospital in 1996, then at Mideast Medical Centre in 1998, where she remained till 2005. She renovated the old South City Hospital building and added a second phase with new construction.

It was here that she set up the department of obstetrics and gynaecology and assisted with the creation of the critical care units, surgery, cardiology and orthopaedics departments. Her key non-clinical strength, therefore, is hospital building and set-up.

She has a large practice at SCH along with her three associates, Dr Rukhsana Aslam, Dr Rizwana Shoaib and Dr Huma Rafiq. They provide one-to-one care for all their patients and also treat gynaecology patients coming to the hospital emergency room.

She performs the following surgeries:

And for other than infertility, she performs therapeutic laparoscopies at SCH for the following conditions:
1. Ectopic pregnancies
2. Repair of pelvic damage
3. Hysterectomies
4. Ovarian Cystectomies
5. Radical hysterectomies with lymphadenectomy for endometrial cancer
6. For early ovarian cancer
7. Vault Prolapse after hysterectomy
8. For removal of fibroids (myomectomy)
9. Staging of gynecological malignancies and biopsies

Her other areas of expertise include:
1. Diagnostic hysteroscopies and biopsies
2. Biopsy for abnormal uterine bleeding before and after menopause to exclude endometrial hypoplasia and cancer.
3. To diagnose and remove endometrial and cervical polyps.
4. Diagnoses and treats for infertile couples starting from induction of ovulation till ICSI, IVF.
5. In feto-maternal medicine, she performs amniocentesis and looks after high-risk obstetric patients such as those with diabetes in pregnancy and hypertension.
6. She sees patients with recurrent miscarriages. 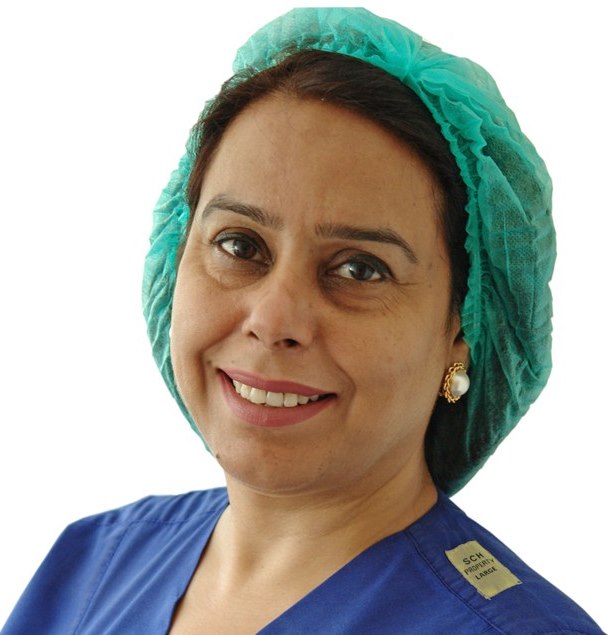